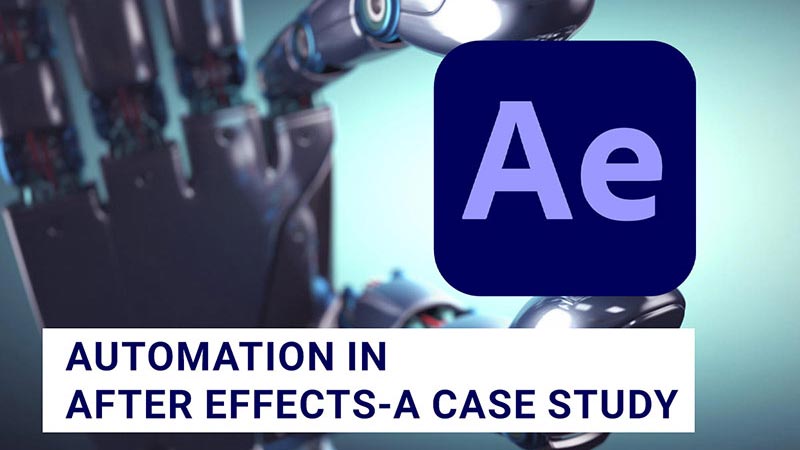 Hi there, let me introduce myself just in case if you stumble upon here directly from Google, this is Ahmed Sheeraz and I am a 3D animator/ motion graphics animation artist, working in Dubai under multiple roles like Creative Director/Senior Social Media Account Manager.

And, the article is about to show you some techniques how to automate repetitive tasks in Adobe After Effects in a simple way.

What is After Effects Automation?

Even before discussing “After Effects automation”, let’s see what is Automation in the first place as this is becoming not only a buzzword in today’s world but also penetrating in our lifestyles, home automation is one example. Moreover, AI and machine learning (ML) are also helping us in a way to implement automation in our daily routines.

Automation is all about making systems or a set of processes that can do and complete tasks much faster without any (or very little) human intervention.

From a human perspective, automation has both pros and cons. But let’s see only the bright side of things at the moment and using automation to our own advantage.

For me, automation is to work smart rather than work hard 🙂

Saying that, let me share a case study that I implemented at my recent office to automate an After Effects project which was very pain-staking to edit and took a lot of time to complete, and still prone to human errors.

Let’s discuss the problem or the situation first which leads me to make the whole process automated or rather dynamic.

Abu Dhabi weather station releases weather conditions every weekend on its social media accounts as video posts in English and in Arabic. The posts not only show the weather forecast but also guide residents on which outdoor activities are safe to do on the weekend.

Now the base of the whole video is the data values that we get from the radar station department. These data values mainly include low and high temperatures, wind speed, humidity, etc.

Based on the given values, we have to update everything in our After Effects project, all one by one for all the 7 states of the UAE i.e Abu Dhabi, Dubai, Sharjah, Ajman, Umm Al Quwain, Ras Al Khaimah, Fujairah (and Alain, Al Dhafra which comes under Abu Dhabi)

Not only we need to update the weather values, but we also have to update all the weather icons as well based on the values and then check/uncheck the weekend activities as shown in the image below. 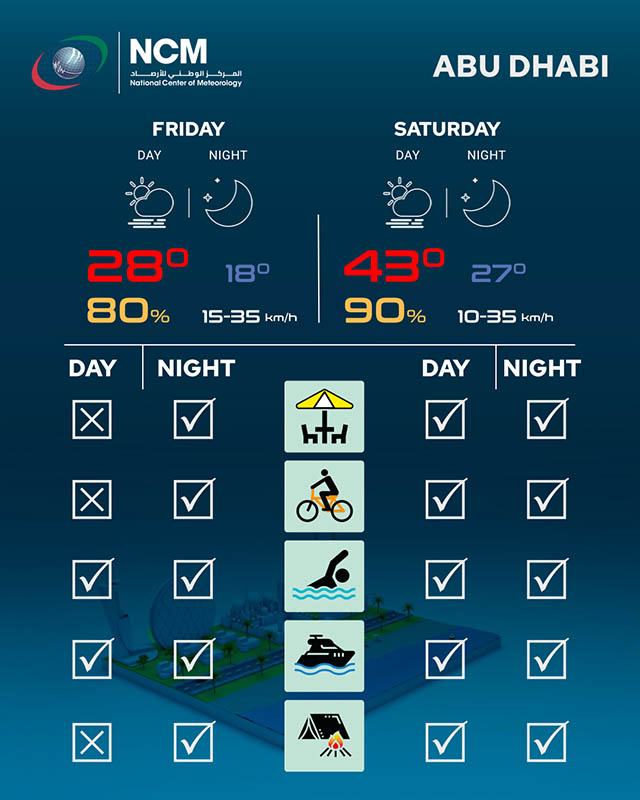 Updating each and everything took a lot of time and imagine you have to repeat each and every step for the other language also. Remember? videos have to be released in English and Arabic.

So you are already nailed not one time but two times. And worst, it’s actually the weekend guys

, who want to stay late in the office especially when it’s a Thursday, hehe

Anyway once I got boarded for this job, I instantly smell repetition. Think of me as a lazy guy so my James Bond plan was to completely make the whole process automated or more appropriately “dynamic”.

My dream plan: Clicking the “Render” button in After Effects and everything should get done magically.

But there is a saying, there is no magic in magic, it’s just a lot of hard work.

How to plan automation in After Effects?

The very first thing is to get a paper and pencil and write all the manual steps involved from start to finish to complete the task in After Effects.

I summed the whole process into three main steps:

We need to create a standard customized After Effects template which can take and implement all the three steps above somehow automatically in a seamless manner.

How to do automation in After Effects?

Since After Effects version 2019 I think, a very nice and important feature has been implemented which is After Effects can import database CSV file. 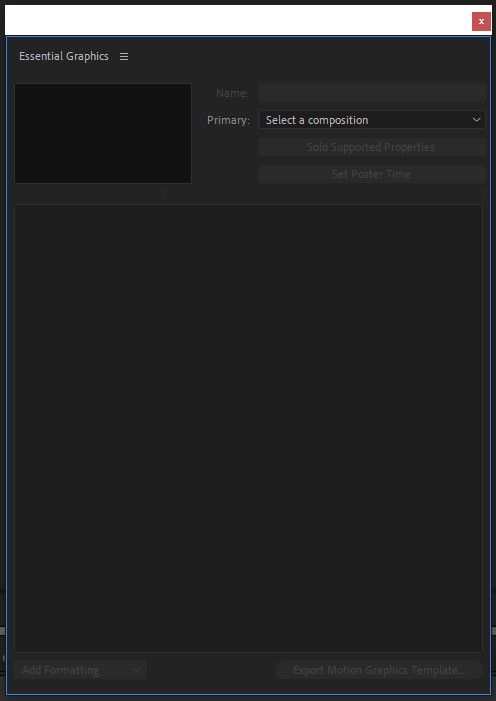 So here is our first step towards automation: we need a way to get the values in a CSV format from the concerned department.

To get the data in a CSV format, you need to have some sort of database software that can save values and spits out CSV files.

I used Microsoft Excel, thanks to its Developer features where you can create customized forms according to your own needs. You need to know a bit of Visual Basic though. 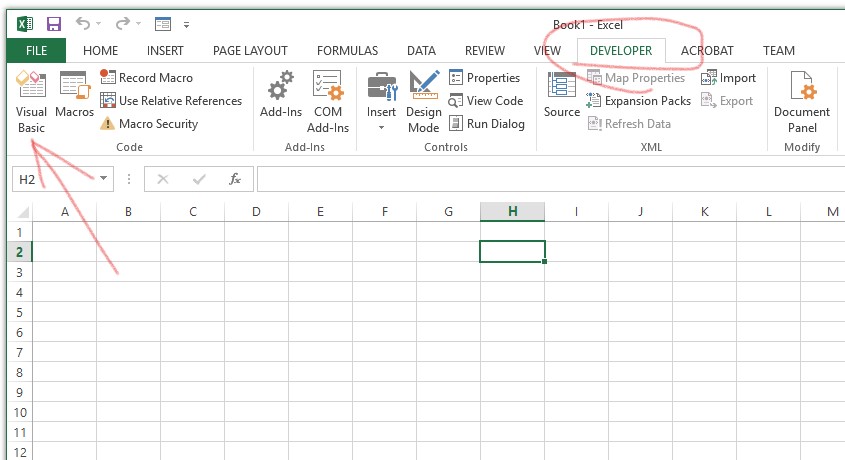 I made a custom form for them to fill in the values and upon saving the form, a CSV file will be generated on the server. 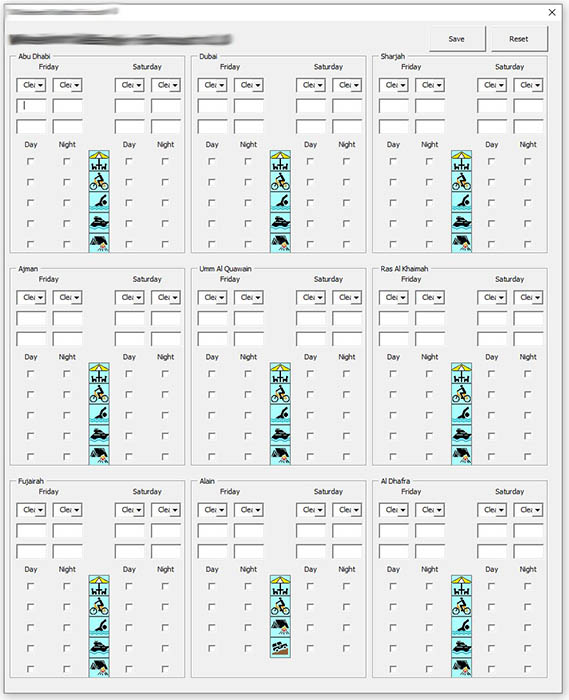 The form was handed over to the concerned department after fully tested so they can fill in the values every weekend and save the file on a shared server.

The sad part of the process is you need to know a bit of coding to implement this step or hire someone who can help you in this step.

We have successfully completed the first step. We have a ready CSV file with all the needed values which can be read into After Effects.

This leads to our next step to read and implement the values in our After Effects dynamic template file. The portal through which the CSV values travel into After Effects is the Essential Graphics panel.

excel to after effects

Here I am not gonna show you each and every step or it will become a very long boring article rather I will just you the approach which can help you also in your own After Effects projects.

So the key is to make the main composition in After Effects with all the text fields, images, and icons which will later be filled dynamically using the values coming from the Essential Graphics panel.

In this way, we have only made one “Hero” composition which will be used for all the 7 states of the UAE. Thanks to the Essential Graphics technique, we have saved ourselves creating 7 separate compositions for each state.

To make it more clear, The Essential Graphics panel will update the composition values automatically when tied to the corresponding values from the CSV file. 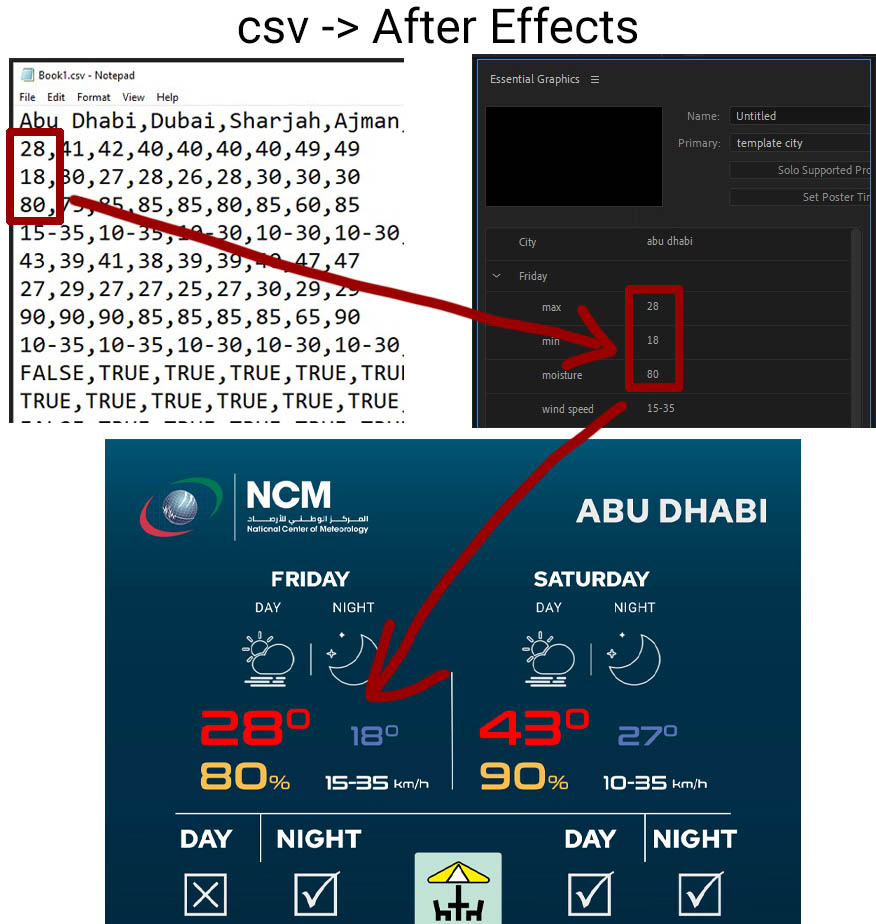 You just need to import (drag and drop) the CSV file into After Effects and “bind” all the values with the values of the compositions.

TADAAAAA! our template is getting values seamlessly from the database which has already been imported into After Effects. The same will be done one more time for Arabic and you are good forever now.

Here comes the next weekend? Chill boy. I will just make sure the latest CSV file has already been saved on the server from the concerned department.

Just open the After Effects and Render

You heard it right! No jokes.

My dream plan: Clicking the “Render” button in After Effects and everything should get done magically, has been implemented successfully

But do remember, there is no magic in magic, it’s just a lot of hard work.

Anyway, life is easy now after implementing automation in After Effects.