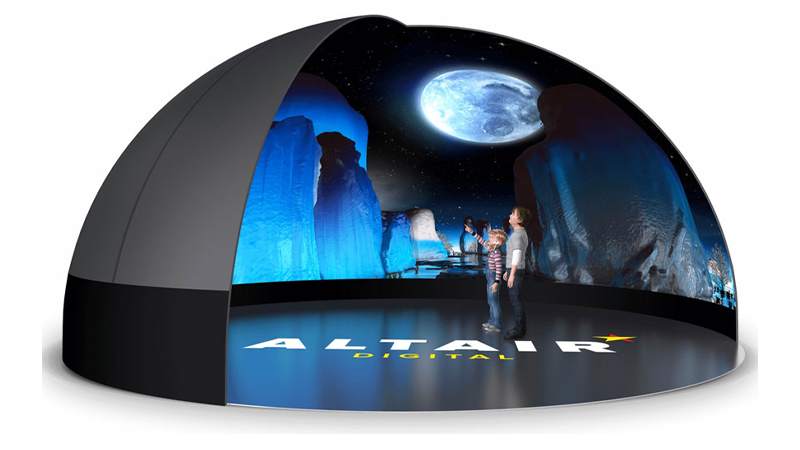 Recently one of my clients in Dubai asked me to take over a very challenging 3d animation project: Creating an immersive 360 video for a dome theater they were going to install for an event. Well, not only one but three videos on different topics.

Since it was my first time, I did a bit of research on the subject and found some very interesting and useful information that would I like to share as well.

As the media and video technologies are getting better and better every day, new ways of communication, entertainment and engagement are also emerging. One of them is to display content on a full dome structure which is a new format to show videos on a massive 360 canvas. 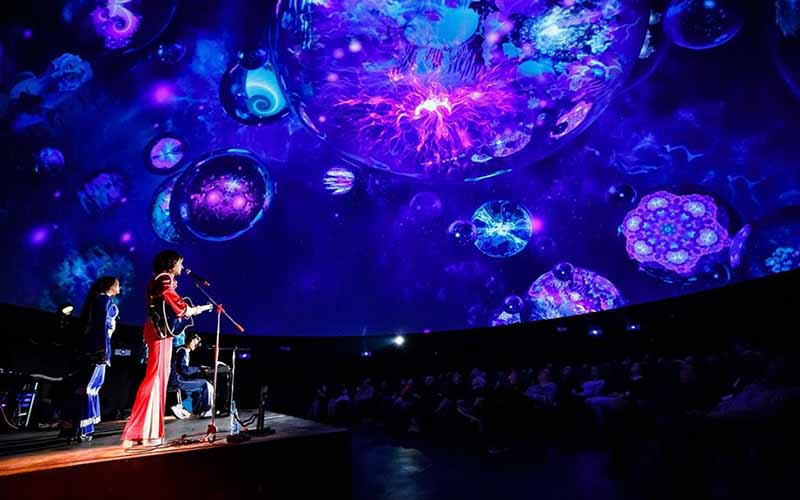 Basically, the whole dome is a big projection screen with a complete set of media systems including projectors, sound systems, fancy lights, and related gadgets. If you are standing in a dome, your left and right side, front and top, wherever you will look is a screen.

It can give you a very entertaining and immersive experience and make you part of the whole environment, unlike a VR experience where you have to wear HMD/3D glasses or similar gadgets. 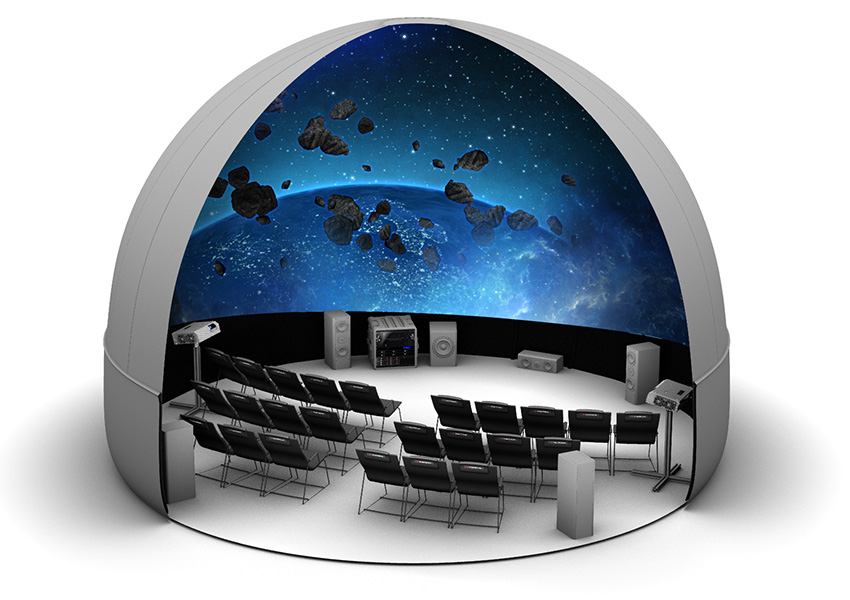 Ok, so let’s come to the point now. Creating immersive dome content here in Dubai is quite challenging. Why? because I contacted a lot of my peers and even studios and most of them don’t have any idea how to create or manage this type of content.

So no help at all.

The company which was installing the fulldome sent me a boring pdf where it was written the requirements of the video to be played on the dome.

Basically, three types of 3D video content formats can be played on a dome:

Let me tell you right from the beginning that playing a general flat video in full HD format or even higher resolution will look very ugly on the dome. Flat videos are meant to be played only on flat displays.

There are cheats for flat videos to make them spherical to be displayed on domes and in some cases, this is acceptable as well but it usually ruins the overall immersive experience as flat videos look like a patch on the big hemisphere of the dome. Not recommended at all! 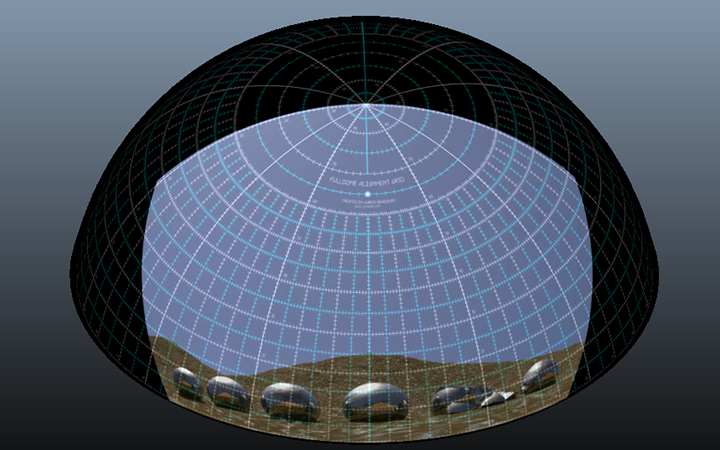 VR videos can also be played on a Fulldome because usually, VR videos are in an equirectangular format which can be converted into a Fulldome video format.

The frame rate for a good dome video should be at least 30 fps and recommended 60 fps for fast camera movements.

If you are a 3D video content creator here in Dubai, imagine rendering 4K image sequences at 60 fps! Whaaaaat? I hear screams 🙂

So for me, everything boils down to one point, the video I am going to create will be a Dome Master fisheye 4K video at 30 fps.

Now, to make 3D animations for the Fulldome, I started my research on the tools of the trade which will let me create this type of video content. Most of the modern 3D software and render engines nowadays let us render spherical and fisheye renders using built-in cameras.

So finally I created all of my content in Cinema4D and Redshift renderer which proved to be a very powerful combination for creating dome content faster and more accurately visualized. See my videos at the end of this article.

Dubai is a place of innovators, creators, technologists, and futurists. It is a place where ideas get shaped and future technologies emerge every day. Immersive Domes are no different.

Recently at Expo 2020, we saw one of the biggest domes in the world and many domes got installed at events from time to time. But what I have noticed is that most of them play random videos (butterflies and dinosaurs) rather than playing targeted content that may introduce the company or company products on the giant dome display. 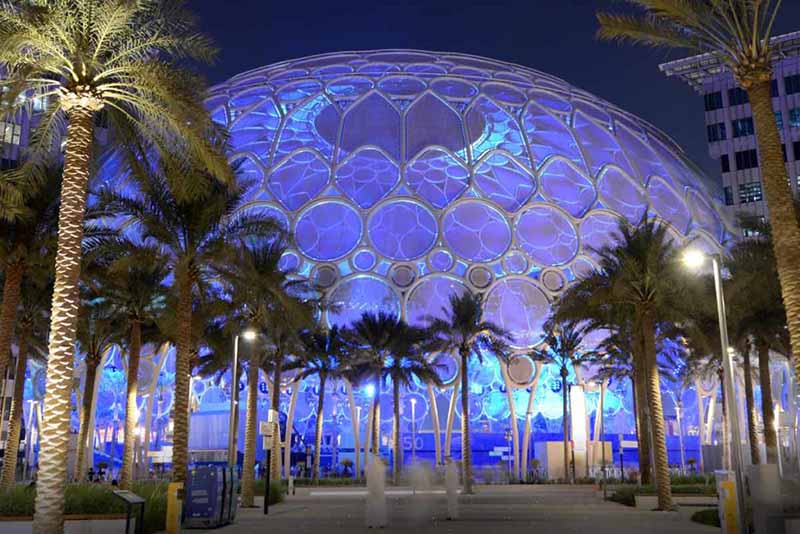 Secondly, there are not enough Fulldome content creators in the Dubai media market especially when it comes to 3D animated content for the domes to give the viewers an ultimate immersive 360 experience.

This gap should be filled so we can see more and more interesting dome content here in Dubai.

Here are the videos I created for my client: