This project was done for McDonald’s branch on Jumeirah Road, Dubai. They keep on updating their yummy menu items and amazing offers on a regular basis and I was asked to come up with some animations to be run on their digital menu.

They want all animations to be subtle and not very distracting so the customer’s main focus should be on the menu rather than on the graphics. The initial brief was to use 3D burgers but later on, we used cut-outs for the animation.

A little bit on the technical side, the 3D carousel effect (see the video below) for burgers was achieved using 3D layers in After Effects. The layers were attached to a “Null” in the middle and then rotated. A script was used to keep them facing camera all the time instead of rotating on its sides.

Miscellaneous slow-moving smoke layers were added in “Screen” mode to give a subtle effect to the whole composition.

The bubbles on the coke glass were done using After Effects Particular. 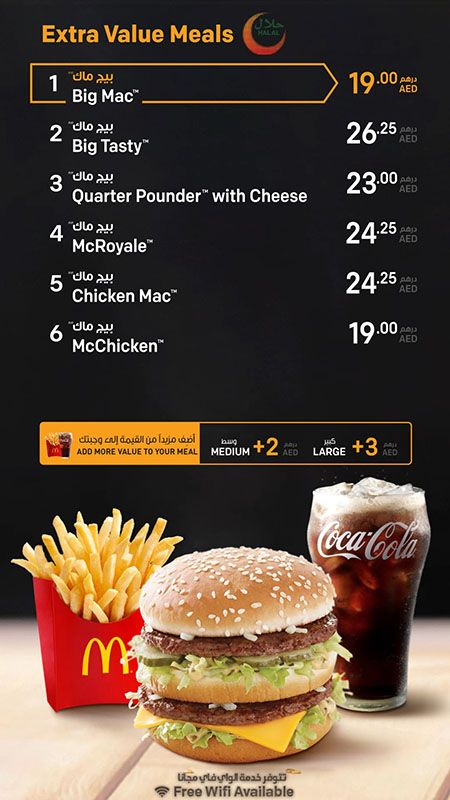 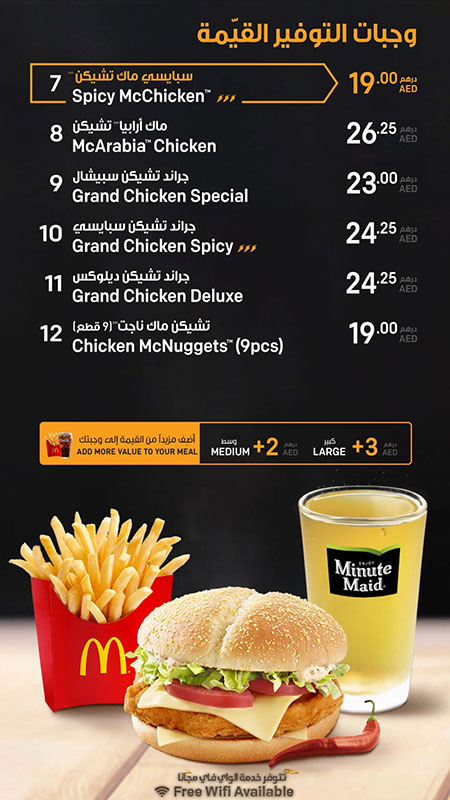